T.Enami comes out of storage

These are a few of the first images taken for public posting of the collection of lantern slides I purchased about 40 years ago. They have moved with me wherever I've been, and have rarely seen the light of day for more than a dozen or so occasions - and only for a few hours each time they were out.

I had no idea who photographed them when I first saw them, or exactly how old they were or what their origin was. I can only say that they were truly remarkable and were unlike any other hand-colored photographic images I'd ever seen. I was sure that they were special, and were created by someone who had more than a small measure of talent. I thought it would be easy enough to find out where these treasures came from, and learn exactly who created them. They were far too good to be previously unrecognized and from an unknown artist. I never expected I'd need to wait several decades to find the answers.

Out of storage - First photos

Initial images of T.Enami lantern slides after years of storage in cool, dry, and dark conditions.

In the early years of searching for answers to an ever growing list of questions, I called museums, galleries that specialized in photography, and university department heads who curated collections of photographs and photo-related material. That was a never-ending story of frustration, where no one had any information or even a hint on where to look next. Later on I used a film camera loaded with color print stock to take a couple of shots of propped-up lantern slides to get some snapshot sized photos to send off with a short letter. I got more of the same type of responses as before - just from more people that were only reachable by postal mail.

Considering that the internet wasn't yet an everyday resource, those were the only ways to reach out for help. Not even Kodak's gaggle of curators could offer anything concrete, so I put my questions on the back burner until newer online avenues started to open up. Even with the massive amount of information that would soon be available via the web, it would take me until 2017 to come up with just the right set of keystrokes to find a glimmer of what I was looking for.

A number of obscure image galleries had their own collections of vintage photos of Japan posted that were somewhat similar to those of my own. The links and data they provided started to get my eyes on more images and details to narrow down the possibilities for both the "who" and the "when". Eventually I stumbled upon a site with at least one single photo that I was fairly sure could be a match to one I remembered seeing in my own set of slides. That site grew over time, and after some later visits I soon was able to match even more images - and match them to one single photographer, in one specific time frame, from one set of subject sources. That site was t-enami.org, run by Rob Oechsle... who also happens to live in Okinawa, Japan - a island nearby to Enami's original Yokohama photo studio.

Rob is the expert in all things Enami, so I would suggest that anyone reading this page who wonders about the photographer and his many accomplishments in greater depth than I could offer, would be well served by visiting Rob's informative site to browse and read, at: t-enami.org

All 124 of these T.Enami slides will eventually be digitized, and this site will serve as a journal for the process overall, and to detail the progress I make as it goes forward. Keep in mind that I am NOT a preservation specialist or conservator, so I won't be attempting to physically modify the actual slides themselves. The intent is to get the images - as they currently exist - into a digital format that can be preserved separately from the slides in their current material conditions. There are 6 slides that have some form of damage that are in need of more advanced attention than I can provide for them. Those slides will also be digitally captured, as-is, before they would be sent off for serious preservation.

There are a few specialists who have developed methods of stabilizing or reversing the typical damages that can befall lantern slides specifically, and I'll leave it up to their expertise in dealing with the issues at hand. Fortunately, I think the 6 can be saved without destroying parts or all of the gelatin images affixed to the glass plates. The plates on these 6 have cracks on one or both sides, but they are still flat and stable, with no glass sections missing or severe chips at the crack's edges. At the very least, they can be 'fixed' in the form of a digital image, where the cracks can be eliminated entirely by software alone.

Speaking of software, that makes up an integral portion of the workflow in digitally preserving these slides, and I'll furnish details on what I'll use - along with the photo 'hardware' I'm using - in further posts. 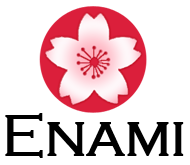